Game in a Week! – Apologies for continued delays…

, and a break for easter, but time has not been on my side for the last week. Unfortunately Elaine, my stunning yet fragile girlfriend has been quite poorly of late and what with having my grand daughter (and her parents) round an awful lot, and a zillion other reasons (some more believable than others) and I have as yet struggled to get an entire day in on this project.

I have however managed to grab a few half hours here and there, Including a productive but slightly uncomfortable day of running the children around places (Because after all, what’s a Dad for if not endless free taxi rides…) and working from the laptop in the gaps between drives. 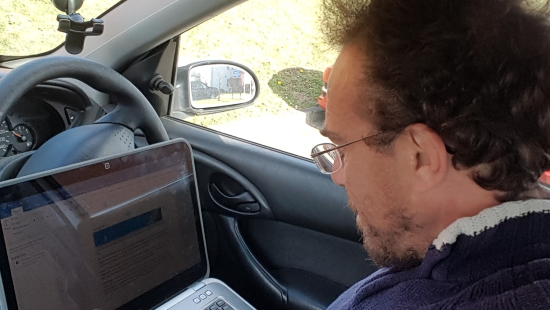 I don’t have much in the way of progress to report though sadly as I seem to keep hitting stumbling blocks. I did manage to load in a few gun models. Which was nice 🙂 I have the old FPSC model packs 9 and 10 so I have a fair selection of guns to choose from.

I’m not sure if I mentioned this in the brief or not, but I’m aiming for a selection of guns (Possibly expandable later on as DLC) starting with a pistol, then rifle, machine gun, and finally shotgun.

I asked the opinion’s of Daunting Fatty and Beefy (2 of the most knowledgeable FPS players I know) what of the selection I had they would choose. We have so far decided on the M1911 pistol and the AK74 as the assault rifle. 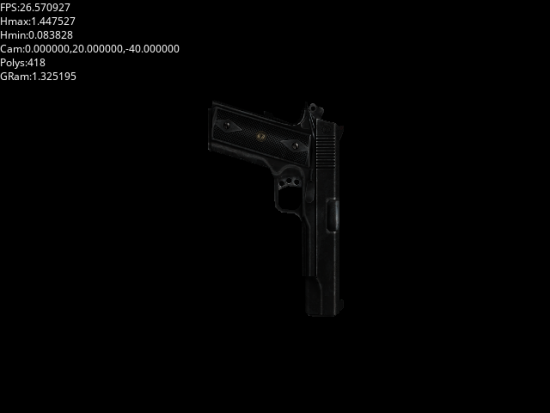 This is the pistol. both models seem adequately detailed and have the right look and feel to them for how I imagine the game to be 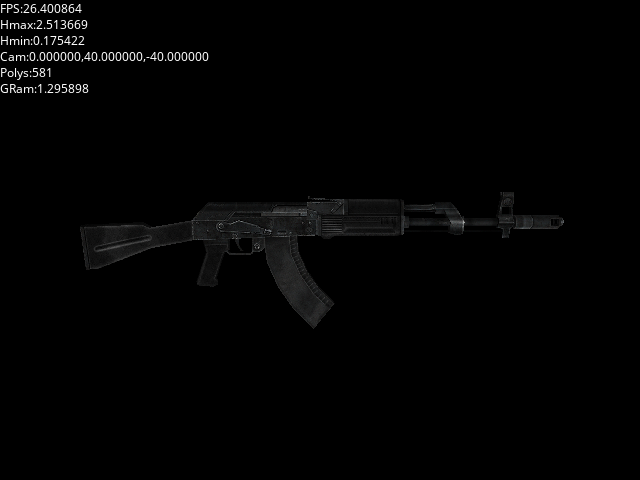 This is the 2nd gun, the AK74. As you can see the models seem to have a difference in rotation (which surprised me a little) but this should be easily corrected either in code, or by editing the models in an editor.

So happy that I had a couple of gun models converted and loaded in ok, I decided to try a quick test to see how well the characters could actually hold a gun. This is where the problems started setting in… 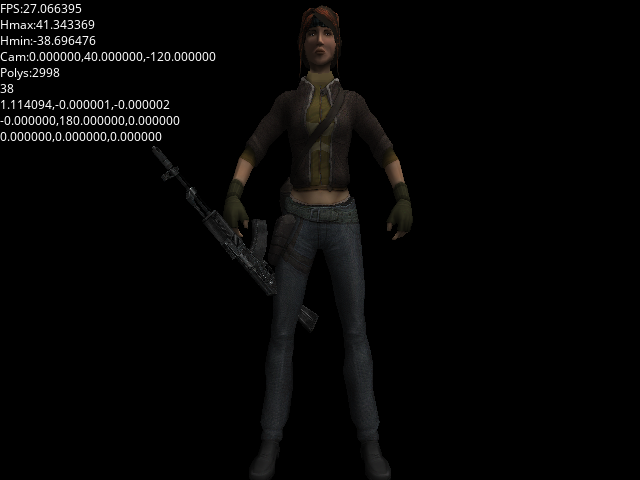 Despite looking every inch a survivor from a zombie apocalypse, this young lady seems completely incapable of holding the gun properly. Her friend with the pistol is even worse… 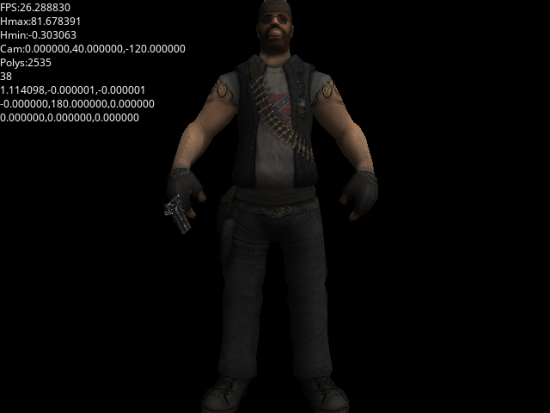 I mean, seriously? Who doesn’t know which end of a gun to point at the walking dead? 😀 All joking asides, I tried on and off (with what little time I could grab) over a couple of days to sort this out but to no avail. So in end I had to resort to asking for help over at the TGC forums.

As I write this, it’s currently 20 to 1 in the morning, I have had an answer or two on the forum but I haven’t had time to properly try out anything yet. Considering I have to make lunches and iron shirts for school tomorrow, and then be up for 6:45am to make sure everyone is ready and to drop of those who need dropping off; I can’t see me finishing much else apart from this blog tonight

Hopefully I will get to have a whole day of coding tomorrow. I’ve ordered the weekly shop rather than go there, and I have no plans for anything else tomorrow so fingers crossed 🙂

Until the next time,